According to the latest UK Exporter Monitor by Coriolis Technologies and The Institute of Export & International Trade (IOE&IT), Northern Ireland (NI) exporter numbers increased more than any UK nation in the past month. However, these same exporters fared worse than their counterparts in other UK nations over July with revenues dropping by nearly 7% and employment by 4%.

Over the last year, according to the rate of change, NI’s exporters have suffered less than exporters in other nations. Although NI exporter activity has faltered from June to July particularly in revenue and employment, over the course of the year their overall momentum has outperformed all other UK nations in both number of exporters and employment. This suggests that despite the current headwinds from supply chain shortages and uncertainties around the NI protocol, they remain more resilient.

The total number of UK businesses exporting increased by 1% but revenues decreased by 2%.

As outlined in our Q2 UK Exporter Monitor release last month, this activity sits against a backdrop of lower overall volumes of exports. An increase in the cost of imports against a decline in volumes is putting pressure on what consumers have to pay and adding to the cost living crisis

“UK exporters continue to face difficult conditions. Within this we are seeing regional variations and despite facing additional uncertainties around the NI Protocol over the past twelve months Northern Ireland’s exporters have suffered less than their UK counterparts.

Challenges remain for all exporters and as a result we expect future Exporter Monitors to show a further decrease in the number of UK exporters.”

“Our latest Exporter Monitor suggests that Northern Ireland’s businesses are remaining resilient in the face of adversity, as exporter numbers continue rise. However, the decline in revenue is concerning. Our members are reporting that because of the global logistics problems it is more difficult to diversify their supply chains, something we are addressing through education and training.

“In partnership with SERC we recently opened an office in Bangor, Northern Ireland, and are already actively helping NI Businesses to grow their international trade.” 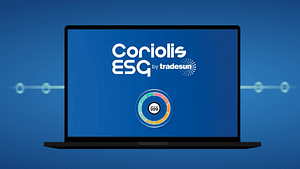 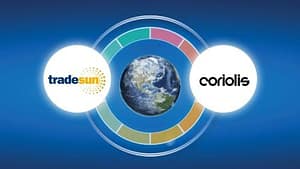 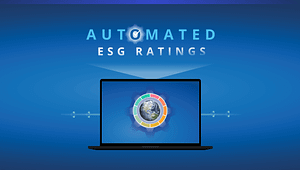 Coriolis Technologies is incredibly proud to announce the launch of Automated ESG Ratings, the only fully automated & standardised tool for measuring ESG & sustainability

This website uses cookies to improve your experience while you navigate through the website. Out of these cookies, the cookies that are categorized as necessary are stored on your browser as they are essential for the working of basic functionalities of the website. We also use third-party cookies that help us analyze and understand how you use this website. These cookies will be stored in your browser only with your consent. You also have the option to opt-out of these cookies. But opting out of some of these cookies may have an effect on your browsing experience.
Necessary Always Enabled
Necessary cookies are absolutely essential for the website to function properly. This category only includes cookies that ensures basic functionalities and security features of the website. These cookies do not store any personal information.
Non-necessary
Any cookies that may not be particularly necessary for the website to function and is used specifically to collect user personal data via analytics, ads, other embedded contents are termed as non-necessary cookies. It is mandatory to procure user consent prior to running these cookies on your website.
SAVE & ACCEPT